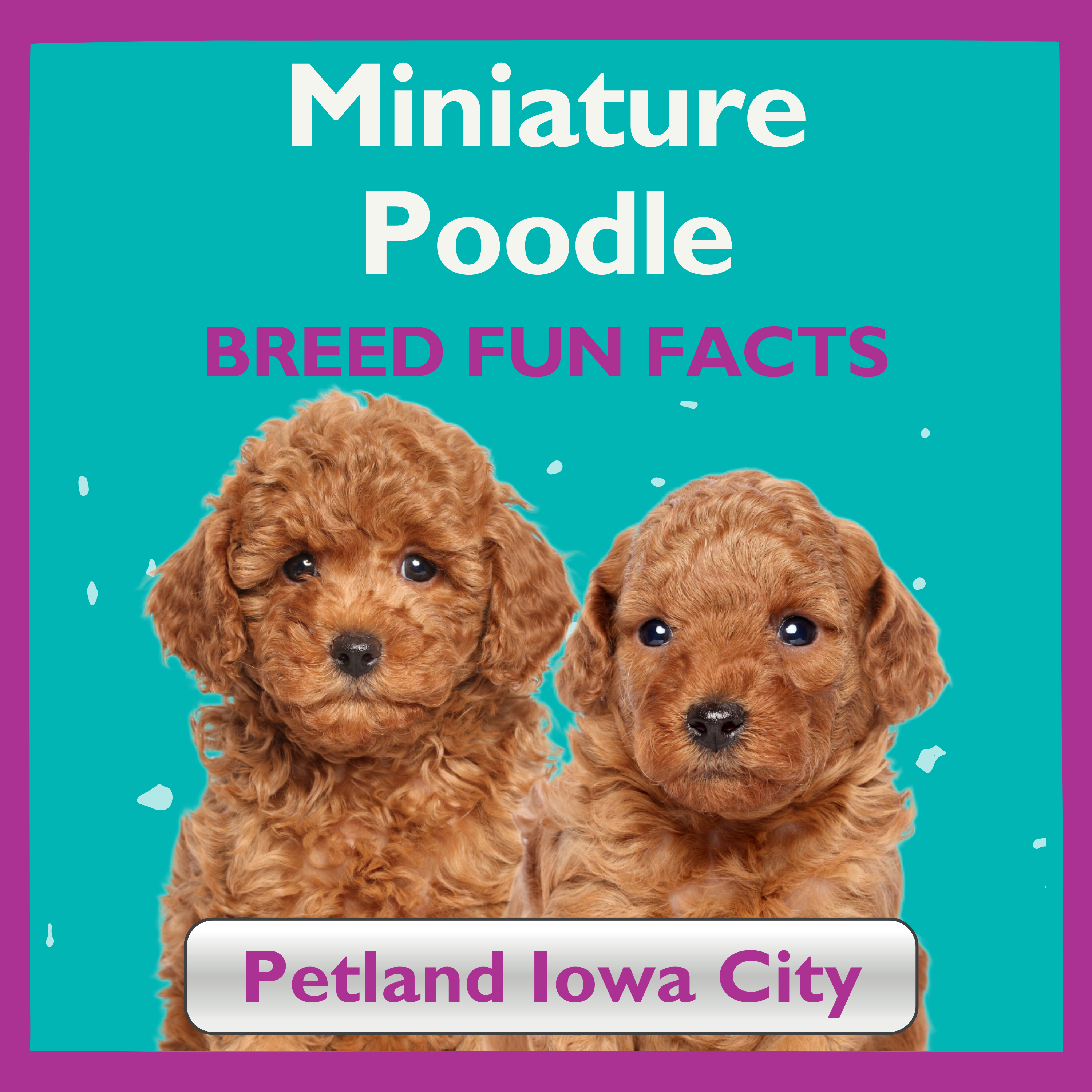 Poodles are very proud dogs. They are impressive as well. This breed is famous for its participation in many dog shows. They are the fashionistas of the dog world because of their iconic coats which come in different colors. This breed has won many best-in-show awards. However, behind the glam and spotlights, he is a very affectionate dog that loves to be around family, has an ancient history, and is very talented. They are not just beautiful and pleasing to the eyes, they are very intelligent, highly trainable, and impressively complete tasks assigned to them. Miniature poodles are petite and ooze luxury. They have all the qualities of a standard poodle but in a smaller form. They are however bigger than a toy poodle. Discover more about our Miniature Poodle puppies for sale below! Breed History Looking at the life of a miniature poodle today, the jewelry, the bright-colored coats, and the luxury they live in, one may be shocked that these pooches used to accompany hunters many years ago. They were developed in Germany but developed into their own distinct breed in the country of France. They were developed especially for waterfowl hunting. They are believed to be a hybrid of different water dogs from Europe. They are believed to be a result of crosses between Spanish, Russian, Hungarian, Portuguese, French, and German water dogs. There are also different theories that link its ancestry to different parts of the world like Africa and Asia. One thing however clear is that the Miniature Poodle is a very old breed. There are illustrations of this breed on Egyptian and Roman artifacts and tombs. Many believe Miniature Poodles came hundreds of years later after the Standard Poodles. Temperament They are intelligent, loyal, loving, and mischievous. Poodle enthusiasts describe them as having an air of distinction. Miniature Poodles have a daffy streak and love to play. They can however often get leery with strangers. They are shy and if not socialized with new people and animals at an early age, will grow up a little laid back. The Miniature Poodle is very protective of his family and is quick to bark whenever strangers approach your home. They are highly trainable and have high energy. Environment Miniature Poodles require an environment of care and discipline. If they are spoilt and untrained, they’ll believe they are the alpha dog of the family and can get away with anything. They can be raised in apartment homes because of their small stature. You don’t need to build high fences fearing a Miniature Poodle might wander off. They love to be with their family so they don’t have the tendency of wandering off. Exercise Early socialization is critical to their development. Without this, they will get scared easily and be aggressive at strangers. Take your Miniature Poodle for walks of about an hour. Play games of fetch with them, they love tasks that challenge them mentally. They were working dogs historically, so it is no wonder that they want something to occupy their bodies and minds. Grooming The Miniature Poodle is a safe choice for people with allergies. They are a non-shedding breed and they have been found to give allergic people no reaction at all. Their coat comes in several colors. Their colors include blue, black, white, gray, silver, brown, cream, etc. They are high-maintenance dogs. Their beautiful coat can be trimmed, clipped, curled, and generally manipulated into different lovely shapes. They require grooming every three to six weeks to keep their coat in good condition. They need to be bathed every three to six weeks. You can invite a professional groomer to help beautify your poodle but they’ll still need to be brushed daily. View our Available Puppies Today!